You are here: Home / How To Draw / How to draw cartoon hands

Cartoon hands (and cartoon feet) can be tricky things to draw (certainly for me anyway!) but are an essential part of any cartoon illustration.

For example, a happy cartoon might have outstretched arms and open palms, whereas an angry character would probably have his fists clenched and down by their sides.

Male hands tend to be stockier and have chunkier, rounded digits, whereas, female hands are slender and tend to be thinner and more tapered. 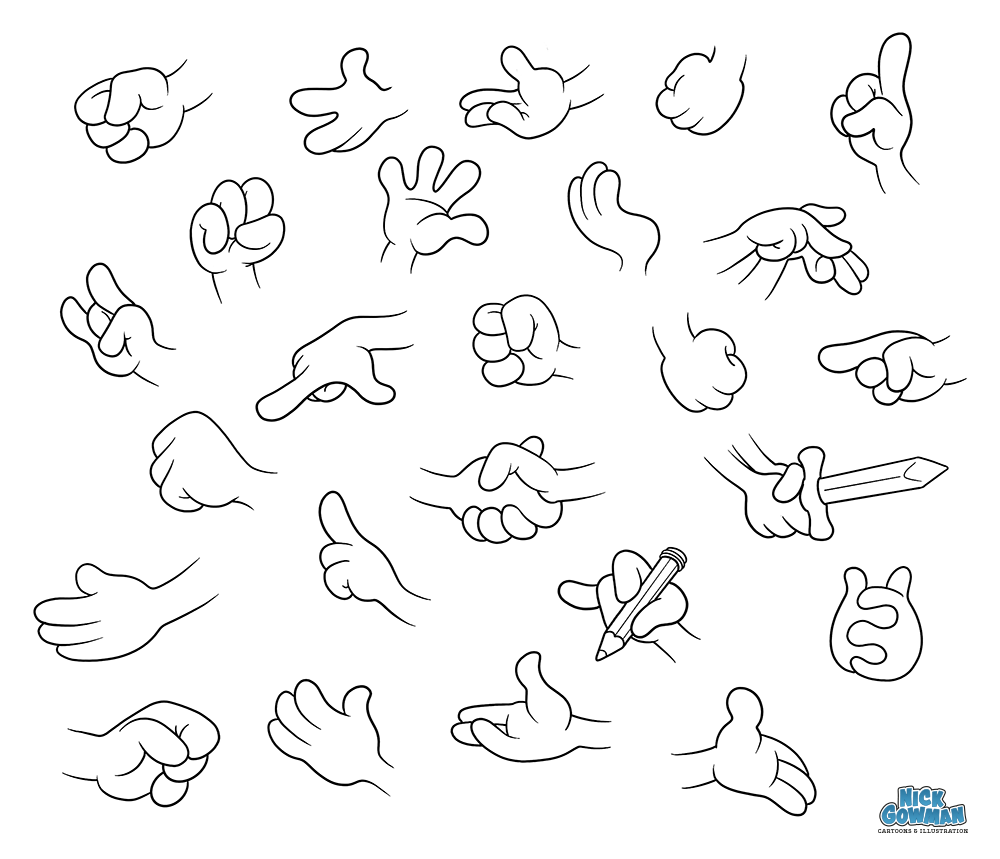 There are several ways that I use to draw cartoon hands and I’ll share a couple of them with you below. These examples utilise simple shapes and lines to build up your cartoon hands.

My characters usually only have three fingers, as (according to Disney) these are quicker and easier to draw when animating.

My usual method involves starting with a small cup or oblong shape for the palm.

Next, I add a series of sausages to the top edge. I’ll then add one more sausage to the edge to form the thumb. You can also add in a small rectangle to form the wrist.

Once you have all of these shapes in place, you can draw around the outside of them all to form your hand shape.

If you’re feeling extra adventurous, you might add a line in next to the thumb for an extra definition!

Another way to draw cartoon hands

Another way I draw hands is with an oval shape for the palm.

Next, we create a series of small lines to form the fingers and thumb.

As before, Once these are sketched in, I flesh out the shape of the whole hand with an outline.

Would you like a character to go with your cartoon hands?

Let’s add a mascot or cartoon character design to go with these – get in touch with me today!

How to draw cartoon feet