You are here: Home / Character Design / How do you draw cartoon dinosaurs?

You may have noticed that I have an unhealthy interest in dinosaurs and other prehistoric creatures. When I meet people at networking events, one of the questions I always get asked is ‘how do you draw cartoon dinosaurs’?

Of course, my usual response is ‘I don’t know, it just kinda happens’! So let’s take a closer look at how I actually do it!

So why draw cartoon dinosaurs?

That’s a really good question – I mean, let’s face it, dinosaurs are just AWESOME! From a young age, I found them absolutely fascinating and I always remember seeing a picture of the Age of Reptiles mural in a school book and recreating my own versions in biro on giant lengths of wallpaper!

The best thing about drawing cartoon dinosaurs is that they’re timeless – everyone has loved dinosaurs at some point or another in their lives (or thirty-something years in my case!) 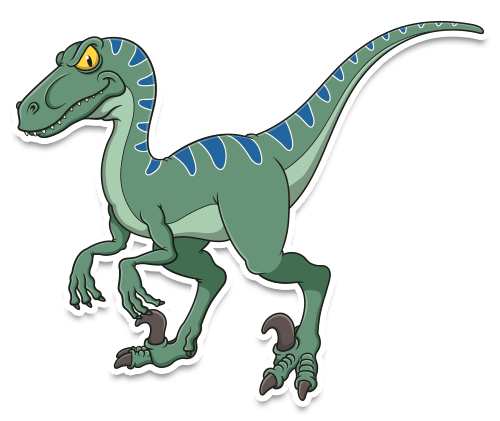 How to draw a cartoon dinosaur

I usually begin by selecting a cartoon dinosaur that I’ve not drawn before – for the challenge, but also to keep things fresh for me.

Luckily for me, there is a whole host of dinosaurs to choose from, so there’s no shortage of inspiration!

And you can have so much fun with them too! You’ve some with spikes, some with horns, some with fins – and even some with all of the above!

Each dinosaur starts out as a series of rough shapes, just to get everything in place. I then join up the shapes with other pencils to give us our rough dinosaur shape.

I don’t worry too much about scientific accuracy, but I do make sure they’re recognisable as a certain species. 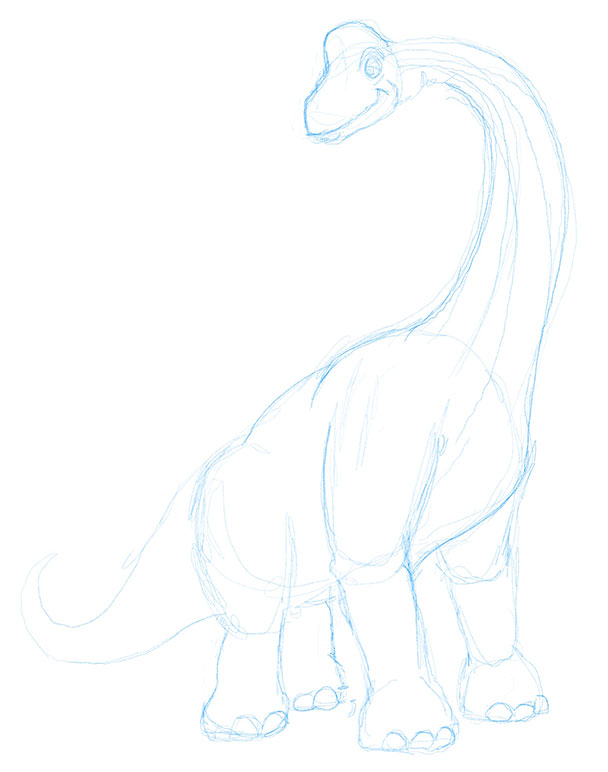 2. Tightening up the sketch

Once I have the shapes as I want them and looking quite good, I’ll tighten up the composition and make sure everything is where it should be.

Then I go over everything again with an outline in pencil – this will serve as the guide for the next stage – digitisation! 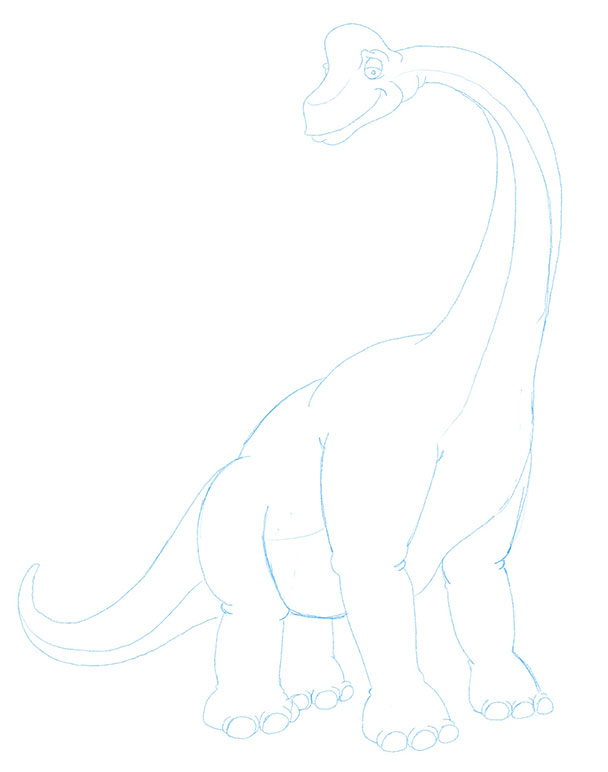 The next stage when creating a cartoon dinosaur is adding in the digital outlines. For this purpose, I tend to use Adobe Illustrator and create as a vector.

The vector has the advantage of being much crisper when increased in size (which suits the style of my artwork, as it’s very much solid colour) and is very easy to edit as I go if some last minute adjustments are required.

I use the pen tool for the majority, but also have a series of pressure sensitive brushes that I like to use too. 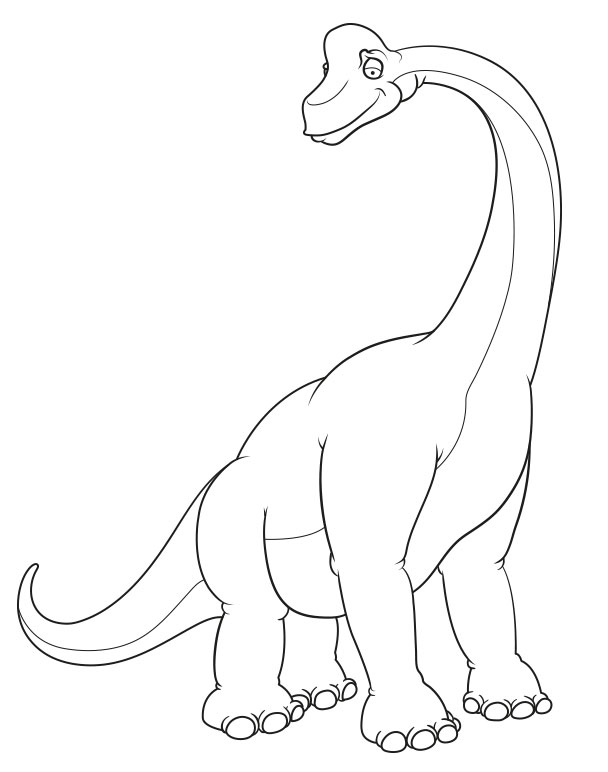 Next, I go about adding in some solid colours. I have certain palettes that I tend to stick to when colouring my cartoons.

I use the pen tool in illustrator to create the larger areas of colour and then the blob brush tool to fill in smaller areas, such as teeth and horns (as these tend to be more numerous). 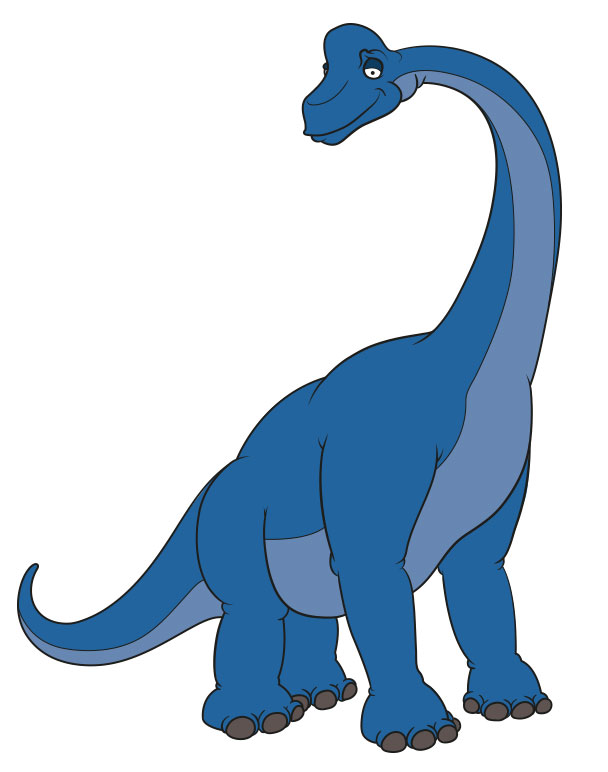 Once all of the base colours are in, I will go about adding some shades and highlights on my characters. More often than not, I have the light-source directly above the dinosaur. This means the majority of the shading is underneath and the highlights are on top.

For these, I tend to use a shade of the main colour, but about 20% lighter for highlights and 20% darker for the shading, but this is subject to change depending on what I’m working on. 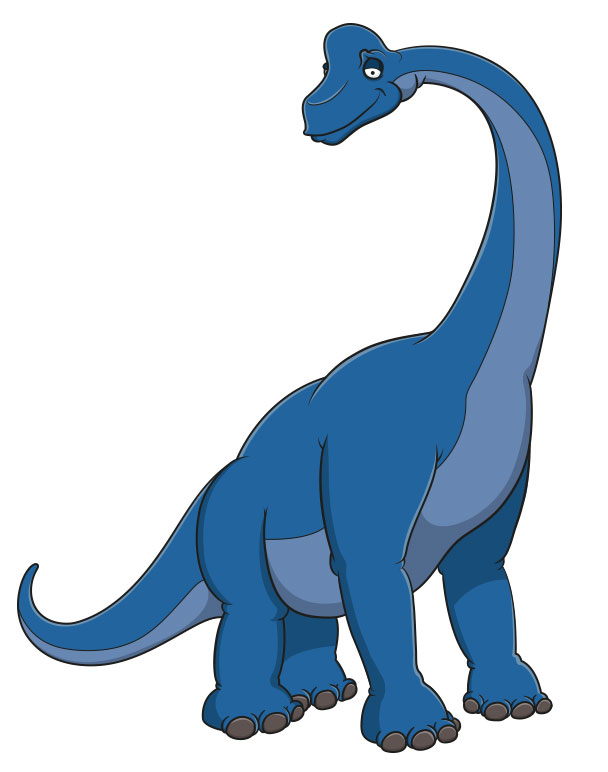 Can I draw you some cartoon dinosaurs?

If you feel my cartoon dinosaurs could aid your business or project, please get in touch! 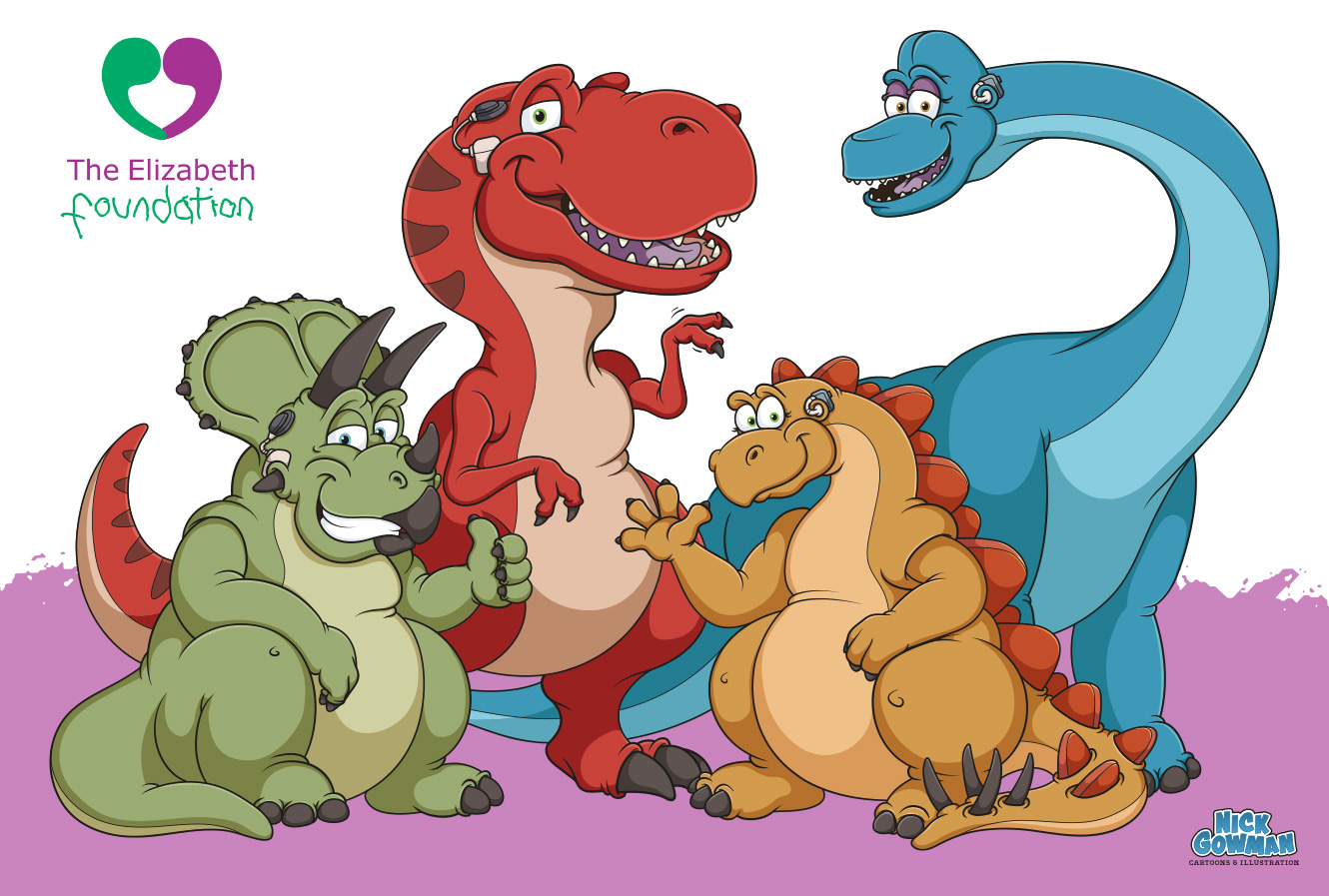