I have been working on a variety of projects at work recently, namely some jungle animal cartoons.

These were created to accompany some social media banners for a charity of the month competition, with each animal representing a chosen charity.

The first of the jungle animal cartoons was a cheeky little cartoon bat. With a smiley face and fuzzy body, he has gained a lot of attention in the office for being a cutie.

He’s also the first of my cartoon characters where I have opted to use a colour gradient for the wings, as opposed to my usual block shading.

This method has picked out the definition in the wings nicely and I’m pleased with the result.

Of all the cartoon animals I’ve drawn over the years however, I’ve not yet had the opportunity to create a cartoon otter, and I must say I’m very pleased with the end result.

Probably my favourite of the cartoon jungle animals I have completed so far though is my cartoon rhino.

In the initial sketch for him I wasn’t completely sold that it would make as strong a cartoon, but I was proven completely wrong as the end result was a nice, crisp and solid design… with a dopey expression to boot!

The next jungle animal to create was a cartoon orangutan – complete with a cheeky expression and extra fuzzy hair!

I feel he was a definite step up from the cartoon gorilla that I’d completed previously, mainly down to the detail in the fur shading and also felt his overall ‘stature’ was more convincing and ape-like than the gorilla.

One of the trickier aspects for a jungle cartoon character was the fact that another of the charities required a cartoon dolphin.

Obviously a dolphin isn’t one of your usual jungle animals, so I drew two different versions – one in a standard swim pose and a second version as if he was jumping.

The jumping cartoon dolphin was the one I used in the end and had him vaulting over the textual information on the banner, which worked out quite nicely.

The last of the jungle animal cartoons that were used was my original cartoon elephant. I felt not only would he look good, but why have him sat in my portfolio and not see the light of day?

Overall, I have been very pleased with how all of these jungle animal cartoons have come out and some definite proud moments for this little cartoonists portfolio. 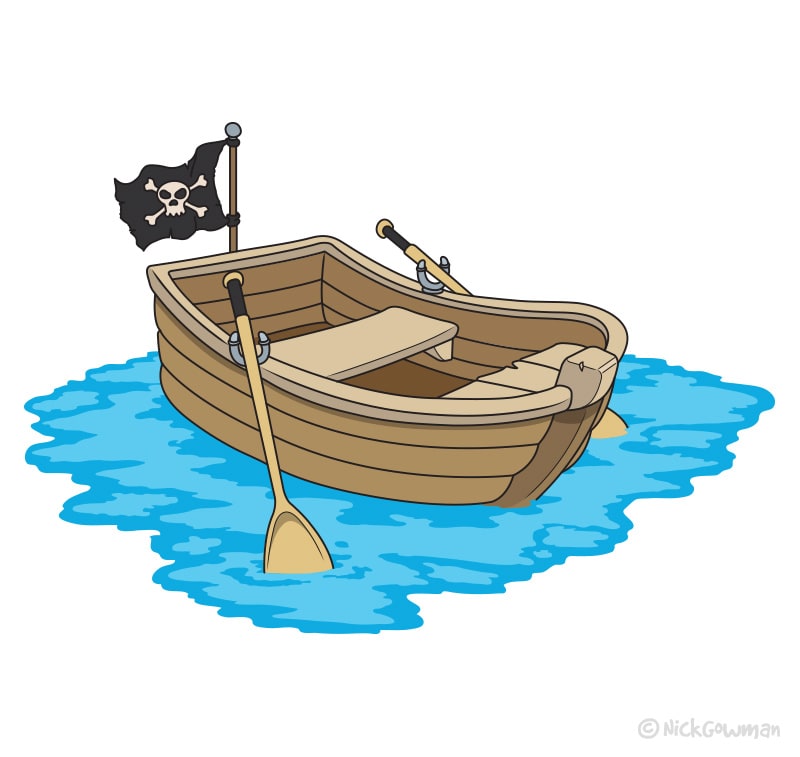